A stir about work-life balance 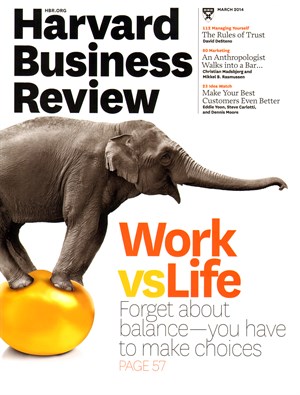 This blog post originally appeared March 16, 2014, in the Sunday Journal and at abqjournalsage.com.

In the eternal conversation about work-life balance, the Harvard Business Reviewthis month introduces a new round with its cover story, “Manage Your Work, Manage Your Life.”

Essentially, senior executives, most of whom are men, do this better.

Jessica Grose responds in Slate magazine with a lament that we’re still having this conversation in an era when the CEOs of GM, Yahoo and IBM – to name just a few – are female. “No matter how much power female executives have accrued, or how much lip service male executives might publicly pay, family issues are still seen as a female problem,” she writes.

But Avivah Wittenberg-Cox is having none of that.

She says it’s an America problem.

And it’s an American company problem, not a “Lean In” problem.

Wittenberg-Cox is founder and CEO of the 20-first.com consultancy, and she’s known globally for her research that shows that gender-balanced companies achieve a better bottom line. She works with some of the world’s largest and most reputable firms, and her ebook single, “Seven Steps to Leading a Gender-Balanced Business,” became available through Harvard Business Review the same week that the study by Boris Groysberg and Robin Abrahams came out.

In a Skype interview this week, Wittenberg-Cox told me she agrees there’s a gender gap on work-life balance – but that’s more true for women who live and work in America.

In her work, she benchmarks the practices of companies and has a wide swath of research to compare their successes. In countries that foster work-life balance in their business climate, working parents have stronger support systems so that both parents’ careers can thrive. “The States is not one of those countries,” she says. “The solution in the U.S. seems to be one (career) or the other.”

That idea, that when push comes to shove – an elderly parent’s health or a young child too sick for day care – that one parent falls on the sword and sacrifices work clout to attend to the matter – it’s all very 1950s, she says.

The fact that no longer is this simply a women’s issue became much clearer after the economic crash of 2008 when men’s careers were hit harder, dramatically shifting the balance in the workforce. In 40 percent of American households, women are the lead breadwinners, she notes, which means that men are taking up the slack – meaning that more men are at home with kids or soft-pedaling their careers so they have the flexibility to be the on-duty, go-to parent when work needs to get done at the office and the kids are sick. In America, the higher-paid parent’s career wins.

What the study said 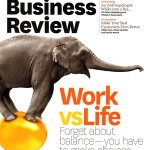 The Harvard study drew on five years’ worth of interviews with almost 4,000 executives worldwide and a survey of 82 executives in a Harvard Business School leadership course.

It’s most notable for what it reveals about what it takes to achieve work-life balance. Those who prosper in the senior ranks of companies have made “deliberate choices about which opportunities they’ll pursue and which they’ll decline,” the study says. They are consciously managing the demands of work and home “so as not to lose themselves, their loved ones, or their foothold on success.” They involve their families in work decisions. And they “vigilantly manage their own human capital,” meaning that they make sure their contributions at work and at home are trumpeted and acknowledged.

At first look, this seems as though the same skill sets that get them to the top are the ones they draw upon to balance their career clout and their life happiness. So, these people are particularly skilled at work and at life. And they take the long view, managing the demands over a period of years, not weeks.

But the critics of this study – Grose and Wittenberg-Cox among them – have pointed out that because most of those in the senior ranks are men, they are actively engaged in setting the standard of what good work is. “Power does help you manage your flexibility,” Wittenberg-Cox says.

Her consultant work takes the conversation down to the core problems that have women opting out before they reach the top ranks. “The challenge for women is they have to get through middle management,” she says, and that’s a very difficult thing to do in companies that don’t understand the essential differences in communication styles and career cycles.

Senior male executives tend to think “what’s the matter with women,” rather than asking why is this system consistently preferring a man’s style over a woman’s style, she says.

No more a women’s issue 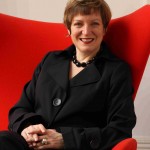 Women could help themselves on this issue more by reframing the work-life balance issue – and rejecting it as solely a women’s issue. “The fact that this is reframed as a women’s issue prevents men from taking time as fathers,” she says. “If this is an individual thing, it won’t go anywhere,” which is why “leaning in” isn’t the answer.

Well-intentioned companies often create mentoring and networking groups for women, but Wittenberg-Cox has seen again and again over the past 20 years that these groups have the effect of making women “feel better without any actual change. Too many women in these networks let themselves be calmed down. It’s a cocktail.”

And it’s not a matter of women “leaning in,” pushing a little more. The change needs to come from the way the company thinks, she says.

As to whether it’s worthwhile for companies to actively develop their female leadership talent, Wittenberg-Cox says the body of research about the financial benefits is so strong that “this isn’t really in debate anymore.” Gender-balanced companies are better meritocracies, she says. “They recognize 100 percent of the talent and 100 percent of the market.”

Plus, companies are realizing it’s very costly not to invest in 60 percent of the workforce. Globally, “the majority of the educated talent is female,” she says. “The majority of consumers are women.”

Carolyn Flynn is the editor of Sage magazine, published quarterly in print and daily online at abqjournalsage.com. Find Sage at facebook.com/sageabqjournal and “like” the page to get it in your newsfeed. You may reach the editor at 505-823-3870, sage@abqjournal.com or through Facebook.

Last 5 posts in At Sage Magazine