In Ireland, I Don’t Have to Spell My Name 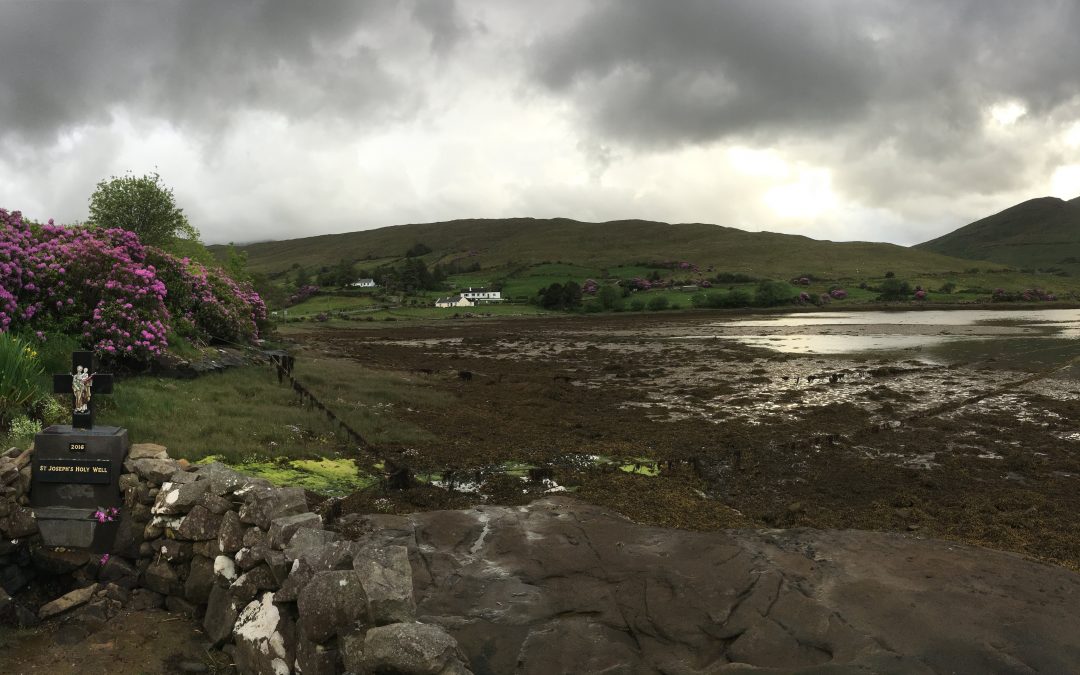 I’m standing at the Hertz rental car counter in Shannon airport, when the clerk asks for my name. I simply say, “Flynn,” without spelling it.

In fact, there are more Flynns in Cork than any other county in the world. In County Cork, the name Flynn is like Garcia is in New Mexico. We are the Smiths of County Cork.

But in the United States, I always spell my name preemptively, “F as in Frank, L-Y-N-N.”

For three weeks in Ireland during the summer of 2019, I dropped the habit. I grew confident about expecting people to know my name.

At the threshold of belonging

When I arrive to Ireland, I always feel like I’m home. Even though I was not born there. Even though I did not set foot in the country until my senior year of college on a study abroad program. Even though my Irish ancestors left there in 1718, well before the potato famine of 1845-1849 that displaced more than 1 million people, many of them emigrating to America.

This time, arriving to lead the 2019 Ireland Writing Retreat along the Wild Atlantic Way, was no different. Driving up from Shannon through Galway and into Connemara, my eyes searched the horizon for the first glimpse of the steep rocky slopes of the Connemara mountains. When we drew closer, I saw the rhododendron forming a necklace of orchid that laced through the foothills. It felt like a garland of welcome. I had arrived at the threshold of belonging.

I drove the car in the misting rain through the village of Leenaun. Together with my traveling companions—my director of customer experience for the retreat, Emerald Saldyt, and my assistant director of customer experience, Donagh Rawn—we stepped out at St. Joseph’s Holy Well, a roadside plaque that led us down to the rocky shore of Killarney Fjord. We took our first panoramic photos. In this way, we greeted the place that had received us with our cameras at full aperture, wide open.

In the place where they know my name, I keep encountering people with the name of Flynn, which means red, or crimson. That’s fitting. My auburn hair is my cynosure, the guiding star of me. (Cynosure is another word for the north star in Ursa Minor.) In the two years since I emptied my nest—when at all once the twins turned 18 and headed out of state to college—I’ve been looking to restore my guiding star. I found it in Ireland, where my hair fits my name, when I returned in 2018 for the poet-philosopher David Whyte’s Ireland tour, a lifetime after my college years last brought me to Ireland.

In Ennis, I found Flynn Hotels and Tadgh O’Flynn Jeweller and Goldsmith. In the two brother musicians who led the music on the David Whyte tour, I found two O’Suilleabhains who have a host of Flynn cousins. And when I returned to Ireland in 2019 for Turas a’Anam with Owen and Moley O’Suilleabhain and their mother, Noirin Ni Riain, I met another musical Flynn, Billy Mag Fhloinn, a musician and folklorist who performed one evening with his wife, singer Muireann Nic Amhlaoibh.

Finding the place where everyone knows my name has been vital to me as I search for a new sense of belonging. In 2017, I felt very displaced, not only by the emptying of my nest, but also by what I saw happening in my own country, which had become a country I no longer recognized.

I have found my belonging again by restoring my ancestral lineage to myself even as my own country thrashes through the question of who belongs and who does not. In the parking lot the other day, I saw a bumper sticker that said, “Make America an endless expanse of old forest growth with no certain borders again.” In The New York Times this week, the newly elected Native American congresswoman representing the 1st District of New Mexico, Deb Haaland, pointed out that the first inhabitants of this expanse of old forest, golden prairie and red sandstone cliffs don’t want to send anyone back (Trump Wants Immigrants to ‘Go Back.’ Native Americans Don’t.). They have embraced the ideals of our country because those ideals echoed their own ancestral values “rooted in our commitment to lift up every community member so that no one is left behind,” she wrote.

It’s to that elemental belonging that I return when I set foot on Irish soil. The Irish displaced by starvation came to America because they believed in those ideals, and their descendants, my ancestors, found a place where they could live into lives of new belonging. In this way, Ireland has always been generous to America. Last summer in a shop in Ballyvaughan, as I stocked up on John O’Donohue books, I apologized to the shop owner for how much America has worried the world. “Do not worry,” he said, “America is a big country, and you know who you are. You won’t forget.”