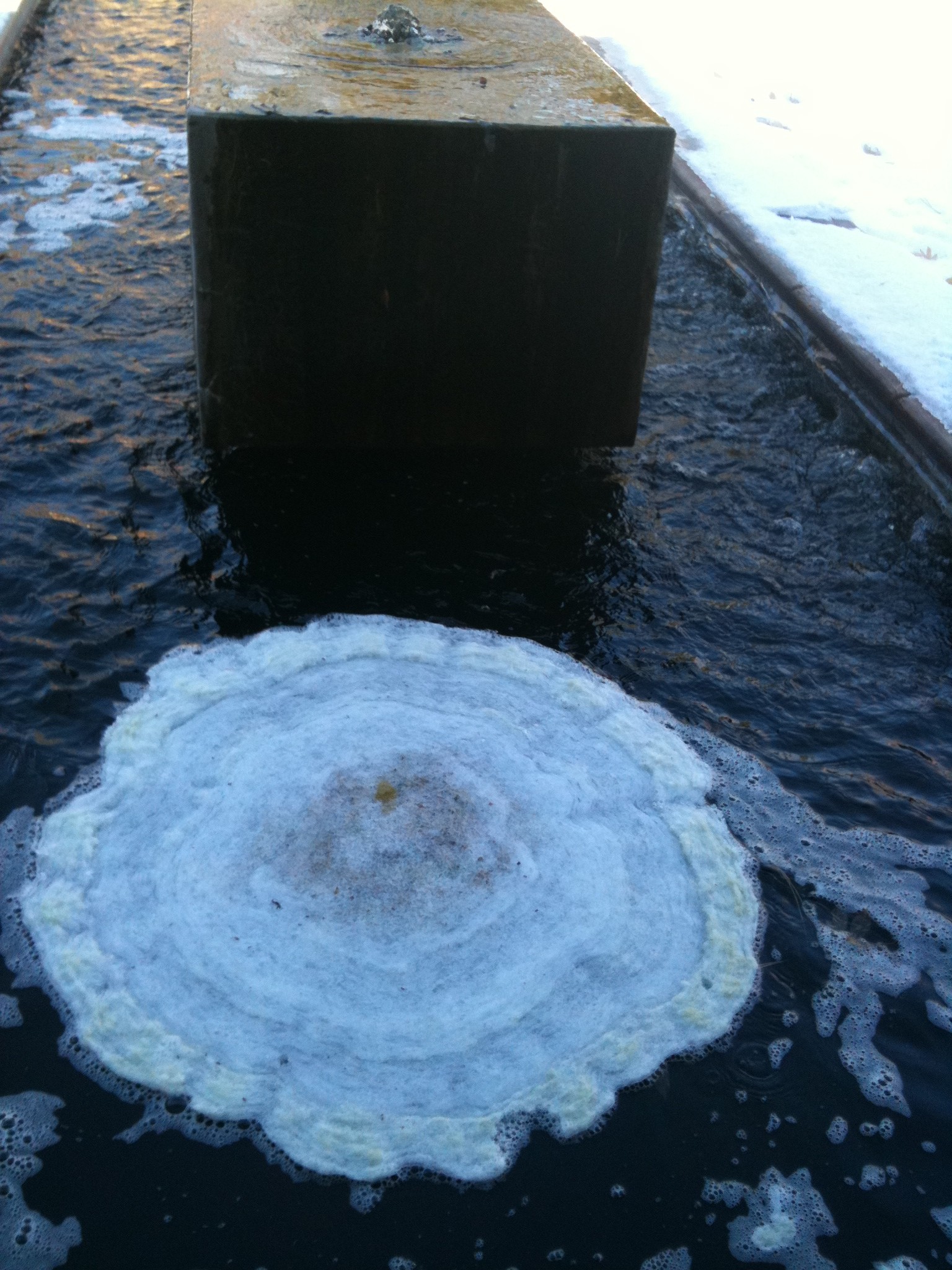 Every first Thursday, Terry Price and Carolyn Flynn kick off a whole new month of blissful writing with a talk about Inspiration. We hope you’ll use the ideas we discussed today on The Writing Life: The Free Weekly Conference Call for Writers in your writing throughout the month of June, and we’ll return to these ideas as we move through the month.

On inspiration week, we discuss elements of craft, ways to use form and structure and tools for creating the writing life such as mindfulness, intentions and visualizations.

This month’s key words are: Crisp and Clear.

Right to the Source

To get started, there’s nothing like turning right to the source, a passage of vivid writing that’s fully present on the page.

Here is how Mirabai Starr opens “The Interior Castle,” her translation of the great mystic saint, Teresa of Avila: 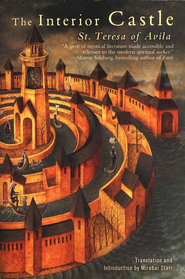 There is a secret place. A radiant sanctuary. As real as your own kitchen. More real than that. Constructed of the purest elements. Overflowing with the ten thousand beautiful things. Worlds within worlds. Forests, rivers. Velvet coverlets thrown over featherbeds, fountains bubbling beneath a canopy of stars. Bountiful forests, universal libraries. A wine cellar offering an intoxication so sweet you’ll never be sober again. A clarity so complete you will never again forget.

It’s a beautiful passage, describing a beautiful spiritual experience. But more than that, it’s specific. And it’s soothing. Those two factors combine to make a vivid, memorable setting. We can see it. We feel the layering of worlds within worlds, see the velvet coverlets and are soothed by the fountain. It’s not just forests, but bountiful forests. Not just libraries, but universal libraries.

The crisp, clear words invite us in.

Each month, with our key words, we’d like to set an intention. In this case, crisp and clear is what we want to bring to our writing. Originally, when we brainstormed this topic, what was in my mind was the idea of returning to a piece with clarity, for the purpose of revision.

I’m sure you’ve experienced the pleasure of returning to a story you’re working on after a short (or long) absence and seeing it with new eyes.

I was thinking of how crisp and clear I was when I returned to revising my novel. I was absolutely clear on what the story was about, what the theme was, what scenes worked to support this theme and what didn’t. I was able to see what words were unnecessary and imprecise, which characters were fuzzy and which didn’t even belong at all.

But this week, let’s discuss three ways to get there.

Words matter. You know that, of course. You’re a writer. You sometimes sweat bullets to get the right words. You agonize when they spill on the page in a big, sloppy mess.

But let’s allow Francine Prose to put that in perspective. She writes, in “Reading Like a Writer: A Guide for People Who Love Books and for Those Who Want to Write Them” that “All the elements of good writing depend on the writer’s ability to choose one word over another.”

But don’t let that statement make you sweat bullets. You have to gain clarity about what your story truly is about and who your characters are before you will see it. As Terry Price said in our call, you sometimes have to get the words onto the page, then see the choices you have made. You can always make choices from there. As he said, “you upgrade, or you don’t upgrade.”

But your word choices are like a pencil, you have to sharpen them. That’s the revision process.

And we don’t mean to use the thesaurus like a crutch. We love the thesaurus, so don’t get us wrong. It’s a useful tool. But it’s not always the grand, IQ-boosting word that fits. Sometimes it’s the simplest word of all.

You don’t need great words, you need the right words.

Let me urge you also to delve further into this passage to look for more examples of where O’Connor’s writing is crisp and clear.

The first line is: The grandmother didn’t want to go to Florida.

It’s a simple, declarative sentence — very plain, very unadorned. It’s just eight little words. But we already know a lot about the conflict that’s to come, the character and the setting. It’s clearly not just factual. Already, there is a tone, suggested in those eight little words.

First, there is the choice O’Connor made in naming her character. She did not call her Mrs. Smith or Ethel Smith or Grandma, as Prose points out. She called her the grandmother.

This puts the character in a role, and it puts her in a position in the family — a position that is in friction with other positions in the family, such as her son and her daughter-in-law, who is only referred to as “the children’s mother,” a role once removed.

This choice also has the effect of distancing her from us. The grandmother is archetypal, more of a mythic force than a person for whom we have compassion. O’Connor also makes this word choice in naming the antagonist, The Misfit.

In the rest of that sentence, we hear the refusal — just the simple words “didn’t want” in such a plain, declarative sentence come at us with the force of negative will. We are immediately drawn in to a conflict.

When you are writing this crisp and clear, you establish a point of authority in your writing. You win the reader over. We can trust that you are going to command this story and carry us through.

The other task of a writer is to hold the reader in the fictional dream, as John Gardner terms it, the sensory world of characters and their thoughts and emotions in a setting created by the writer, a world that is in forward motion in time. You want your reader to believe it is real.

And that means sensory detail. The reader can trust the sensory detail so it is easier to leave behind the real world for a while and enter the writer’s world.

So how do we get to that crisp, clear writing state, whether it’s in first creation or revision? We can cultivate the habit of the crisp, clear mind through our habits of the mind.

We can be more productive at the page when we are cognizant of our thoughts. What are your thoughts as you approach the page? What do you tell yourself about the project — its worth, its significance, how difficult it is. This week on Facebook, Spalding MFA in Writing program associate Katy Yocom compared writing a novel to wrestling an octopus — hilarious! We’ve been there.

It’s OK to acknowledge the difficulty of what you’re writing; sometimes there’s great liberation in speaking the truth. The key is whether you engage with that thought. If you simply notice that thought as it passes — and you can laugh it off with your Facebook writing friends — and you let it go, then you have not given that thought power over your project.

However, if you let that become your belief about your ability to write a novel, and you develop a story around it — it’s so hard to write a novel, it takes years, why does anyone in their right mind do this — you start to create a narrative.

As writers, we all know the power of narrative. In this case, the narrative is one about you, written by you. If you are not conscious of it, it can become an underlying narrative and suddenly, without realizing it, you have told yourself that it’s going to take a decade to get the novel done. What if you saw it clearly — just as it was? How would that change the way you attacked the novel — would you be more assertive? would you be clearer? would you be more willing to leave some of it on the cutting room floor in the interest of being crisp and clear and marketable and ready for the agent in four months, not four years? It’s just a thought.

You train yourself for excellence as a writer. You can begin to train your mind to string together a string of successful present-moment writing sessions, when you are really engaged with the page, with every word you are writing. And pretty soon, you will string together days, then weeks, then months, then a whole writing life of present-moment fully engaged writing.

And then you’ll notice — if you’re noticing your thoughts and your habits in the interim, during the times of the day when you are not writing — you’ll notice that the habit of being present for the experience carries over into how you observe the world — all that grist for the mill that forms our storylines and characters. You’ll also notice how it informs the way you think about and speak about your writing project. Are you disparaging it — because it’s a work in progress and it’s rough around the edges now? Or are you honoring it — because while it’s as fragile and fearsome as a newborn baby, you know it will grow into a beautiful creature?

You can gain dexterity with crisp, clear writing by playing with distilled forms of storytelling.

Examples of distilled forms include:

With dialogue, you can break out a pivotal scene in dialogue only or write it like a screenplay. This is useful to do anytime you have a dialogue-centered scene that seems vague or flabby to you. When you can only tell the story through the words your characters say out loud, how does that influence your word choices?

The flash fiction (or CNF) form means trimming your story to 400-500 words. Dave Eggers has a wonderful passage that’s about a man whose car breaks down but it’s really about death. How does he do that in 500 words (or so, I haven’t counted). He focuses on a single event, with a beginning and an end. He brings the character fully into the scene, and that kind of crispness and clarity open up a portal for him to show us a man facing his someday-demise in a new way. Positioned with such an ordinary event, the character’s realization illuminates the idea that “we are, on some level, aware of the possibility of our own someday-death every day.”

Use these three approaches this month to bring “crisp” and “clear” to your writing. We’ll continue to discuss them, and we’ll be using them as intentions to our own writing projects this month.

Until next week, I’ll leave you with this passage from Robert Boswell from his craft book, “The Half-Known World.” To open this lovely book about writing, Boswell shares an anecdote from his youth, growing up in Kentucky, when he and a friend decided to walk the length of an icy river, in pursuit of creating their own narrative, imagining themselves as part of a larger story. The writing is so real and so present, and the passage reveals the heart of why we craft stories.

“In my mind, the center of the river rose up higher than the frozen banks and was rounded on top like a great unsheathed vein. I imagined standing before that vast expanse of ice and water, snow and sky. My legs — or perhaps my character’s legs — wobbled at the thought. We were engaged with something enormous.”

I wish you a week of crisp, clear and blissful writing.