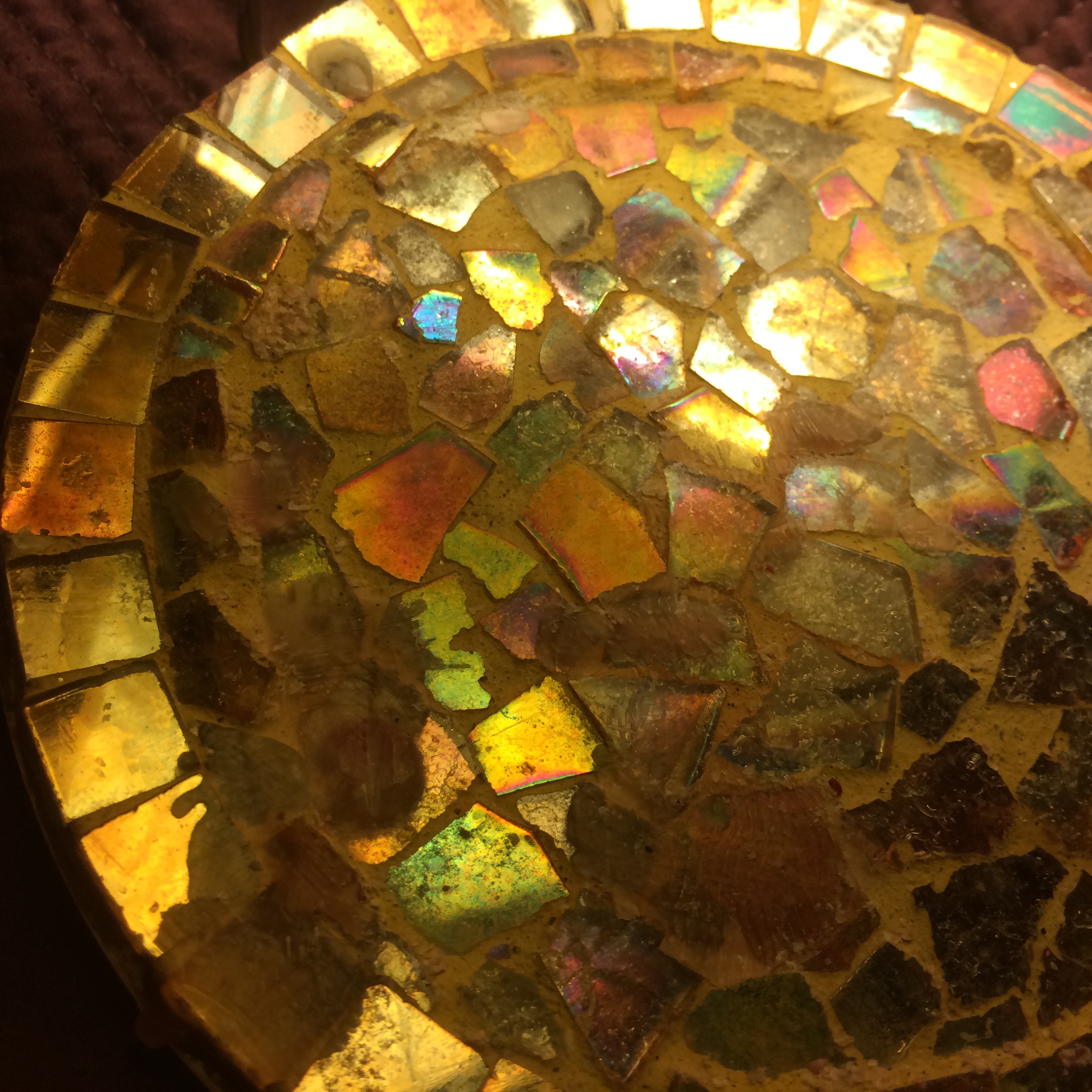 Sitting on a veranda looking out at the Greek harbor as twilight falls all around, her guitar balanced on her knees, Tara takes in the long-unanswered question about her romantic life.

It comes to her in a form unadulterated by bitter sorrow of her family’s history in love, in the simplest form imaginable, by a man who knows love when he sees it, Octavio, the Greek mosaic artist and longtime boyfriend of Tara’s mother. After hearing Tara sing her new song, he asks, “If you love this man so much, why are you not with him?”

It is then, in front of her mother, Isabel, that Tara senses there is enough grace around the question to tell the truth. “I am not with him because he is married to someone else,” she says.

At this point in my novel, “Searching for Persephone,” Tara now feels she can point the long-unanswered question to her mother about love and art and the sacred contracts we make around these things. She turns to her mother, and asks, “What do you believe now?”

I read this excerpt from my novel at Your Brave New Story in October. Your Brave New Story comes from the elegant and fertile mind of Jeffrey Davis, a poet and mindful meditator who with his team at Tracking Wonder created the nurturing space on Mohonk, N.Y., this past fall for twentysome writers.

The experience was powerful, and now I understand that I have embedded in the book, about one-third of the way through, something I now call the Testament of Love. Isabel is a mosaic artist who smashes ceramics and hunts for shards of colored glass to make her work. Isabel speaks on her fierce devotion to her art and to her daughters, on the feminine power of creative destruction:

Before I can believe again, there remains is what is lost. I mourn for both daughters. I mourn for what they have closed off in their lives. There was a time when I first came here that I had closed myself off, too. Maybe I still have. Maybe Octavio is right. We have not succeeded in doing the deed. I do feel the pressure, for legal and health reasons. I am fifty-two. Octavio is fifty-nine. We may need to do it next year. Homeland Security may make us husband and wife, yet.

Ironic, those two words, homeland and security. I have two homelands, Greece and America. The security of my world spins on not one axis, but two: Octavio and my work in Greece, my daughters and my mother in America, my travels dictated by visa restrictions and the shroud of my heart. It is hard for me to see the world through one narrow lens, now that I have two shaping forces in my life. I live in a country that is both European and Middle Eastern. I live in a land that is both modern and ancient.

It’s hard to believe there is only one way to be in a committed relationship, as I once used to believe. There is not one right, one wrong, one truth, one deceit. There never is. For every right action, there are two rights, two rights that can make both people happy or they can make both people wrong. In a marriage, for every misdeed, every cheat, every subterfuge, every act of neglect, every act of imprisonment, there is not just one wrong, but two. One deceives, one agrees to the deceit. One suppresses, the other consents. One neglects, the other allows it.

Do I blame my daughters for starting affairs with married men? Do I blame the men? Do I mistrust them? Yes to all three. But I also fault the wives. I know they might have brandished the imprisoning force of marriage in ways that have drained the love away. I know they might have misguidedly believed that giving up themselves, vanishing into the marriage or the children to the point of invisibility, they may have left no one to remain as lover and a companion. I know all the possible avenues of neglect and negation. I know them too well.

When I first came to Patmos, I closed myself off to my daughters. I see that now. I regret it.

I don’t have all the answers for my daughters. But I do know this. When I left, I made sure they would not be invisible. The path of invisibility – that path – I did close off to them permanently. The mark of their muses is indelible. Coming here and claiming myself as an artist was the most triumphant statement of my life. But hear, too, the statement of staying with their father for twenty years, hear the long, unceasing days of devotion, unrequited. Hear the quiet triumph in that. I am that woman, too.

What do I believe in?

What do you believe now? Write me at hello@carolynflynn.com.